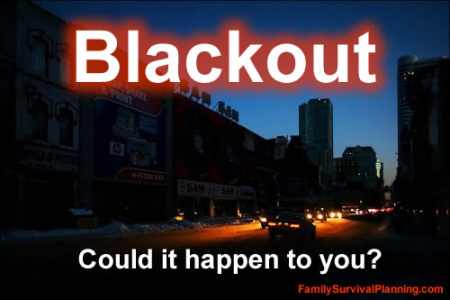 Former Assistant Treasury Secretary Dr. Paul Craig Roberts says the U.S. has plans for nuclear war with our rivals. Dr. Roberts explains, “Washington not only has war plans for launching a preemptive nuclear attack on Russia, and also possibly China, but Washington has a cadre of people who advocate nuclear war. We have people running around Washington saying things such as ‘What’s the good of nuclear weapons if you can’t use them.’ . . . These weapons are so lethal that if just one percent of the inventory of the U.S. and Russia were used, the death toll would be at least 2 billion people. Also, if less than half of the inventory of either the U.S. or Russia were used, life would cease to exist on planet earth.” Dr. Roberts goes on to say, “I have been warning about this for some years. I pointed out years ago that the Bush regime had changed U.S. war doctrine such that the role of nuclear weapons was no longer retaliatory to be used in the event of a nuclear attack on the United States. It was elevated to a first strike position. It is now our war doctrine that we can initiate a nuclear war on somebody we don’t like, or who we think might not agree with us, or who we think might be prepared to go to war against us. This doctrine applies to countries that do not have nuclear weapons.”

Why is Russia the target for U.S. nukes? Roberts says, “Russia is a country that is large enough and has sufficient resources that it could rise to the position to being a barrier to Washington’s exercise of hegemony over the world. So, Russia has always been the target of this nuclear war doctrine. How are they implementing this? The United States is now putting, on the border of Russia, anti-ballistic missile bases, or ABM’s. In the Regan years, it was called ‘Star Wars.’ These missiles are designed for intercepting intercontinental ballistic missiles. So, if we were to attack Russia, and Russia were nuclear devastated and pushed the button and sent ICBM’s headed to the U.S. for retaliation, the anti- ballistic bases would shoot down the incoming Russian ICBM’s and leave America untouched. The doctrine is now prevalent in Washington that the United States can win a nuclear war because we have the shield of anti-ballistic missiles.”

So, America is safe? Robert’s says no-way and explains, “Even if every American city is spared retaliation, all the Americans would die too due to the radiation and due to the nuclear winter. . . . all of the temperate climates would have freezing temperatures every day of the year for three years. So, clearly there wouldn’t be any food grown. This is over and above whatever the radiation does to people. This is a very serious situation that the United States actually has plans for nuclear war and thinks it has to wipe out Russia and China so nobody gets in the way of Washington dictating to the world. This is blatantly evil.”

Why isn’t the national media reporting this? Dr. Roberts, who was also a top editor at the Wall Street Journal, contends, “The New York Times and Washington Post are part of it. They are all for these wars. The answer is they are all bought off. They are bought off or they are intimidated because if you say anything negative about Washington, you must be an anti-American. The whole thing is at the point of absurdity.”

What about Russia and China making a first strike of their own? Do you think that is far-fetched? Dr.Roberts points out, “What I am telling you is in the public record. This isn’t an opinion. This is all in the public record. Anyone can read it. The Russians and the Chinese are both fully aware of it. . . . This is very dangerous for Washington to have this doctrine and to be implementing it by putting ABM bases in Poland. . . . The bases are already established in Poland and there will be more. The Polish government has signed the death warrant for humanity. . . . It gives Washington the confidence that we can attack Russia without any consequences. . . . Of course, these systems never work like people think they will work, they never do. There are no winners. It is impossible to win. This is ignorance, and the belief you can win a nuclear war makes it possible, makes it likely.”