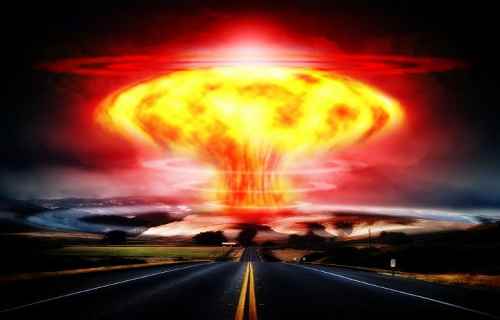 It sure seems like an odd time to be provoking a war with Russia.  As I write this, we stand just a little bit more than three weeks away from one of the most pivotal elections in U.S. history, and Barack Obama has chosen this moment to strongly threaten the Russians.  As I wrote about on Friday, Reuters is reporting that Obama is contemplating “direct U.S. military action” against Syrian military targets, and the Russians have already indicated that any assault on Syrian forces would be considered an attack on themselves.  The rapidly deteriorating crisis in Syria has already caused tensions with Russia to rise to the highest level since the end of the Cold War, but now Obama is adding fuel to the fire by publicly considering “an unprecedented cyber covert action against Russia”.  Apparently Obama believes that Russian hackers are interfering in the election and so he wants payback.  The following comes from an NBC News article entitled “CIA Prepping for Possible Cyber Strike Against Russia“…

Current and former officials with direct knowledge of the situation say the CIA has been asked to deliver options to the White House for a wide-ranging “clandestine” cyber operation designed to harass and “embarrass” the Kremlin leadership.

The sources did not elaborate on the exact measures the CIA was considering, but said the agency had already begun opening cyber doors, selecting targets and making other preparations for an operation.

Somebody should tell Obama that he is not playing a video game.  A cyber attack is considered to be an act of war, and the Russians would inevitably retaliate.  And considering how exceedingly vulnerable our cyber infrastructure is, I don’t know if that is something that we want to invite.

On Friday, Vice President Joe Biden met “Meet the Press” host Chuck Todd for an interview that has raised serious concern in Russia.

Without bothering to question the authenticity of the claims, Todd took the allegations of Russian hacking at face value, opening his interview with a loaded question: “Why haven’t we sent a message yet to Putin?”

After a moment of stunned silence, Biden responded, “We’re sending a message. We have the capacity to do it and it will be at the time of our choosing, and under the circumstances that will have the greatest impact.”

When Todd asked if the public will know a message was sent, Biden replied, “Hope not.”

The Russians firmly deny that they had any involvement in the hacking, and so far the Obama administration has not publicly produced any firm evidence that the Russians were behind it.

Perhaps the Obama administration privately has some evidence, but at this point they have not shown that evidence to the American public.

So for Joe Biden to be making these sorts of threats is a very dangerous thing.  The Russians are taking these threats very seriously, and they are preparing to protect their interests…

‘The threats directed against Moscow and our state’s leadership are unprecedented because they are voiced at the level of the US vice president.

‘To the backdrop of this aggressive, unpredictable line, we must take measures to protect (our) interests, to hedge risks,’ a Kremlin spokesman said, according to RIA Novosti news agency.

Here in the United States, most people don’t even realize that we could be on the verge of a major conflict with Russia.

But over in Russia things are completely different.  Talk of war is everywhere, and the potential for war is the number one topic in the Russian media right now.  Just check out some of the recent Russian media headlines about the conflict between our two nations…

-“To All People Of The WORLD! Please Be Aware. CHINA RUSSIA AND IRAN ARE Preparing For WORLD WAR 3” 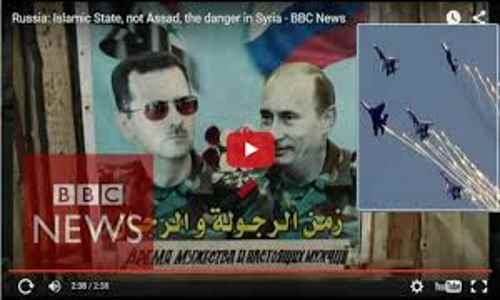 A terrifying Russian television broadcast explicitly told civilians to find out where their nearest bomb shelter is and repeatedly asked viewers if they were ready for nuclear war.

One apocalyptic broadcast told viewers on Moscow’s state-owned TV channel NTV: “If it should one day happen, every one of you should know where the nearest bomb shelter is. It’s best to find out now.”

I don’t believe that the Russians are crazy to be thinking that a war might be coming.

To me, it almost seems as though Obama wants one.

Could it be possible that a conflict with Russia will be used to alter, change or influence the upcoming election in November?

The truth is that it isn’t going to take much for the shooting to begin.  If Obama orders airstrikes against Syrian forces, the Russians have said that they will shoot back…

Ash Carter has threatened Russia with “consequences”. After blowing up the ceasefire, the Pentagon – supported by the Joint Chiefs of Staff — now is peddling “potential strikes” on Syria’s air force to “punish the regime” for what the Pentagon actually did; blow up the ceasefire. One can’t make this stuff up.

Major-General Igor Konashenkov, Russia’s Defense Ministry spokesman, sent a swift message to “our colleagues in Washington”; think twice if you believe you can get away with launching a “shadow” hot war against Russia. Russia will target any stealth/unidentified aircraft attacking Syrian government targets – and they will be shot down.

The only serious question then is whether an out of control Pentagon will force the Russian Air Force – false flag and otherwise — to knock out US Air Force fighter jets, and whether Moscow has the fire power to take out each and every one of them.

But without a doubt the crisis in Syria is not going to be resolved any time soon because it is one giant mess.  Most people don’t realize that the Syrian civil war has essentially been a proxy war between Sunni Islam and Shia Islam from the very beginning.  Jihadist rebels that are being armed and funded by Saudi Arabia and Turkey are fighting Hezbollah troops that are being armed and funded by Iran.  And now Turkish forces have invaded northern Syria, and this threatens to cause a full-blown war to erupt between Turkey and the Syrian Kurds.  Of course ISIS is right in the middle of everything causing havoc, blowing stuff up and beheading anyone that doesn’t believe in their radical version of Sunni Islam.

It is absolutely insane that the United States and Russia could potentially go to war because of this conflict.  Both sides are determined to show the other how tough they are, and one false move could set off a spiral of events from which they may be no recovery.

The American people very foolishly elected Barack Obama twice, but up until now the consequences have not been quite as dire as many had been projecting.

However, right here at the end of his second term Obama is facing a moment of truth.  If he ends up dragging us into a war with Russia, the American people will ultimately bitterly regret putting him into the White House.