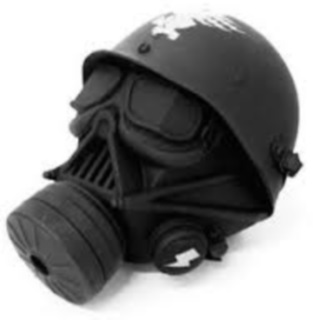 As the world tethers on a balance, watching its global leaders fight for reason to blast Syria for its alleged illegal use of chemical weapons, the global populace likewise ponders if World War III is really just about to happen and will anyone ever survive a chemical gas attack.
The world witnessed just how the nerve gas Sarin, used on Aug 21 at Damascus, effectively impaired its victims in Syria

Along with Sarin, meanwhile, in the nerve gas classification include Tabun, Soman and V-agents, all colorless, odorless, and tasteless. The poisons enter the body system right through simple inhalation, also through the skin and ingestion. The occurrence of death is very fast.
Although there is an antidote to counter the effects of the impact of Sarin or any nerve gas into the body system, it must however be administered immediately. Within minutes.

“The bigger the dose you’re exposed to, the more quickly you need early intervention,” Pete Estacio earlier told PBS Newshour. Mr Estacio is a physician and chemist who works with the Forensics Science Center of the Lawrence Livermore National Laboratory.

“You’ve got 15 minutes to be treated, and if exposed to a large dose, you’re done for.”

It’s as almost Mr Estacio advised the world populace to always be on the watch and ultimately be prepared for a chemical attack. But will we ever be prepared enough?

As U.S. President Barack Obama and Russian President Vladimir Putin play tug-of-war on the Syria conflict, skeptics believe the machinations for a World War III have been in placed as early as 2010, based on a prophecy by Baba Vanga, a blind Bulgarian woman who lived from 1911 to 1996. An herbalist, she was an alleged mystic who made many predictions for the future.
Baba Vanga, supposed clairvoyant and healer

Among the prophecies she made which had come true included the Sept 11, 2001 attack, which she prophesied in 1989. “Horror, horror! The American brethren will fall after being attacked by the steel birds. The wolves will be howling in a bush, and innocent blood will be gushing.”

If for any consolation, while World War III is indeed a reality, although preferably not imminent, the Bible did not say the world with end with World War III.

“There is no doubt that world war will be a part of the future … To be more specific, the future does hold at least one more world war. There is nothing in Scripture that says there will be only a certain number of world wars. World Wars I and II are not explicitly mentioned in Scripture, nor is a possible third World War. It is only the last war that is mentioned in detail, which allows the interpretation that there may be others before the final conflict,” according to Got Questions Ministries.