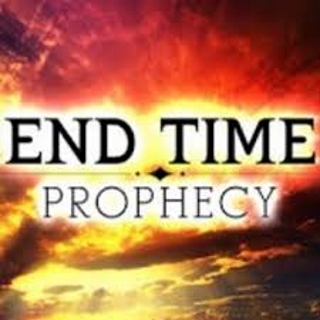 DARKEST SIDE OF CERN- DESTRUCTION OF SOULS -CRITICAL!!!!
Published on Apr 3, 2015
CERN is already powering up in the Middle East in their (Open) SESAME site. . You MUST know the effects. The vid slides are private locutions posted for our discernment years ago on SpiritDaily.com I knew the earliest part referred to genetic experiments, (not posted here) and I believed the later referred to CERN. This is the first time I have been able to locate an inside scientist talk about both the science in layman’s terms & the spiritual issues. My discernment tells me the locutions are deadly accurate, and with 3 power-ups this year, we may well be facing the horror of the worst prophecies given through the history of the church. Q – will Our Lord reveal to these people heaven’s fundamental alarm BEFORE further damage occurs? May God be with all of you.

[Rev 13:1-4] And I stood upon the sand of the sea, and saw a beast rise up out of the sea, having seven heads and ten horns, and upon his horns ten crowns, and upon his heads the name of blasphemy. And the beast which I saw was like unto a leopard, and his feet were as the feet of a bear, and his mouth as the mouth of a lion: and the dragon gave him his power, and his seat, and great authority. And I saw one of his heads as it were wounded to death; and his deadly wound was healed: and all the world wondered after the beast. And they worshipped the dragon which gave power unto the beast: and they worshipped the beast, saying, Who is like unto the beast? who is able to make war with him? …
[Rev 13:11-12;14-15;176-18] And I beheld another beast coming up out of the earth; and he had two horns like a lamb, and he spake as a dragon. And he exerciseth all the power of the first beast before him, and causeth the earth and them which dwell therein to worship the first beast, whose deadly wound was healed. And deceiveth them that dwell on the earth by the means of those miracles which he had power to do in the sight of the beast; saying to them that dwell on the earth, that they should make an image to the beast, which had the wound by a sword, and did live. And he had power to give life unto the image of the beast, that the image of the beast should both speak, and cause that as many as would not worship the image of the beast should be killed. And that no man might buy or sell, save he that had the mark, or the name of the beast, or the number of his name. Here is wisdom. Let him that hath understanding count the number of the beast: for it is the number of a man; and his number is Six hundred threescore and six.

Our loving FATHER is the God of love; not like any other gods that are bent to kill, through their adherents.
Thus God the Son truthfully said:
[Joh 10:10] The thief cometh not, but for to steal, and to kill, and to destroy: I am come that they might have life, and that they might have it more abundantly.(source)
Be informed and be warned!

Shemitah 2015 with Jonathan Cahn | What You Need To Know!