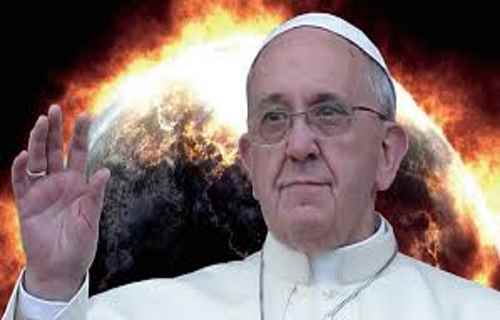 The Antichrist is called the Beast, the Lawless One, the Man of Sin ,The Messiah,Al Mahdi and the Son of Perdition – The Antichrist Identity is an international group of political researchers, analysts and media group with a predominant focus on the formation of the coming new world order and its impact on a political, economic and social level And Everybody confirms that the Antichrist will be found on 30 August 2016.

God warns of a world leader who will soon rise and grow in power. This coming world leader has been given around 33 names and titles (which describe attributes) in the Bible (both in the Old and New Testaments) … one of which is the ‘Antichrist.’ The Bible says this man will not be revealed until after the ‘Restrainer’ (the Holy Spirit – including the body of believers alive at the time) is ‘removed’ (as a note, some believe at that time the U.S. will also be “removed” from its role as a “restraining” world power). This coming world leader (the Antichrist) will begin by exerting control over ten nations which were once part of the Roman Empire (most likely European) . . .

“The ten horns are ten kings who shall arise from (out of) this kingdom (the Roman Empire … could be 10 nations out of the Europe Union)
And another shall rise after them; he (the Antichrist) shall be different from the first ones, and shall subdue three kings (or nations) . . .” (The end begins)
(Daniel 7:24)

“He causes ALL, both small and great, rich and poor, free and slave, to receive a mark on their right hand or on their foreheads, and that no one may buy or sell (or get health care)except one who has the mark,or the name of the Beast, or the number of his name.”
(Revelation 13:16-17)

RELATED : A Shocking NBC News Report Says The Elite Are Preparing To Chip Everyone, Starting With Our Children

This prophecy is very crucial for those who have not accepted Jesus Christ (Yeshua Ha’Mashiach in Hebrew) as their Lord and will be alive when this law is enacted and enforced. This “mark” may be some kind of tattoo, or implanted microchip with all of your credit card and banking information, we really don’t know right now. It will not be easy to refuse this mark, whatever it is, for many of you will have families and children that will need to be fed. But, please be warned . . . by taking this mark, you will have sealed your eternal fate in Hell. In God’s eyes it identifies you with the Antichrist. There will be no turning back for any who take the “mark, the name of the Beast, or the number of his name.” The utter darkness, loneliness, and torments of Hell will be their fate. Blessings are promised in Heaven to all those who refuse to take the “mark” and refuse to bow down to this coming world leader . . . and die in their faith for doing so. The Lord will take the sting out of death.

The Kingdom of Heaven is available to every man, woman, boy, and girl in this world. It is freely offered to any and all who will receive it. Simply learn of Jesus Christ (Yeshua Ha’Mashiach in Hebrew), invite Him into your life as Lord, believe He died on the Cross for all of your sins and rose from the grave (proving there is life in Heaven). Learn of Him and believe in Him … for He was the only one who has ever loved you enough to substitute Himself for you on the Cross (which represents Hell). He shed His blood, suffered, and died on the Cross as the Passover “Lamb of God” to save you from the utter torment and darkness of Hell … if you will accept it.

That is why Jesus (Yeshua) is called “Savior.” He now lovingly and graciously offers you life in His Kingdom of Heaven … and it is a “take it or leave it” proposition. If you sincerely admit you have sinned (which means you will need a Savior) and sincerely believe Jesus lovingly paid the debt for all of your sins on the Cross, and honestly try to stop doing those things God says are wrong, you will go to Heaven … It’s God’s Promise!!!

The only unpardonable sin is to reject God’s love and His free offer of life in Heaven by rejecting Jesus Christ, the Messiah, who stepped forth from Heaven … not to condemn the sinner, but to save the sinner (from Hell) and who willingly and lovingly shed His blood on the Cross so we can be washed clean of all of our sins. The Bible warns there will be no peace in our hearts until we make peace with God through His Son, the Messiah, Lord Jesus Christ …

RELATED : What Would Life Be Like Under Martial Law?

WARNING: POPE FRANCIS & END TIME Religious NEW WORLD ORDER Coming Soon !!! Pope Francis recently met with the delegation of the Communion of Reformed Churches which unites 225 Protestant churches and 100 countries representing at least 80 million Christians. The purpose of this meeting was to promote Christian unity and advance the Ecumenical Movement. Should Protestant churches be seeking unity with the Roman Catholic Church and participate in the Ecumenical Movement?

The Roman Catholic Church has fundamentally difference practices and beliefs than Protestant Churches; and the doctrine of the Catholic Church states that only those who submit to the Pope can be saved. What’s more, the Pope is a Jesuit; and the reason the Jesuits were invented was to bring the world under the control of the Pope. Watch this video to learn more!

RELATED : Biggest Economic Shitstorm In 80 Years Is Coming! – The Coming Collapse Will Be Far Worse Than The Great Depression And You Need To Be Prepared

2 thoughts on “Pope Francis : Why The Antichrist Will Come on 30 August 2016 ? Shocking Video”