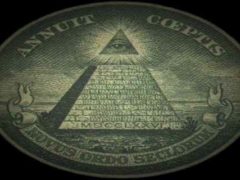 What Does The Bible say about The New World Order? In the Christian and secular world (and definitely on the internet), there is much discussion about a One World Order… Read more »