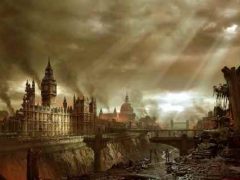 Ex-CIA Analyst: Attack on US Could Kill 9 Out of 10 Americans — 9 Ways to Prepare for an Electro-Magnetic Pulse Vulnerability: Expert testimony before Congress on Thursday warned that… Read more »