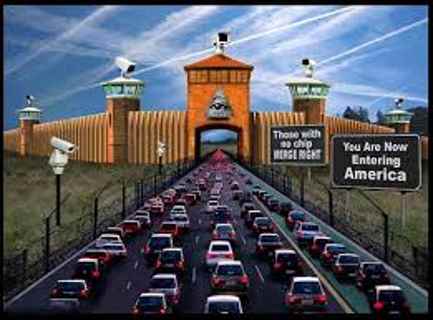 The NWO Pope, Pope Francis, who stated World War III has already begun, made another chilling comment when in early December he stated: “While the world starves, burns and descends further into chaos, we should realize that this year’s Christmas celebrations, for those who choose to celebrate, IT MAY BE THEIR LAST. By this time next year the world will likely be UNRECOGNIZABLE.”

Get ready…the New World Order is about to launch into full swing and your world is going to be turned UPSIDE DOWN as the result!

Plans are moving along the “fast track” as the corrupt, criminal regimes currently occupying the highest political, financial and religious positions in the world, who are being driven by the New World Order evil demonic influence, are about to go to all out war with the world populous in attempts to maintain control.

Americans are tired of been propagandized, controlled and imprisoned by an illegitimate totalitarian regime that trashes our Constitution, Bill of Rights and stamps out our individual liberties. The proof is the popularity of Donald Trump! Communists are running the Democratic party and the perverts and neocons are in charge on the GOP side. So it will be all out war and the greatest likelihood for carnage will be after the election of 2016. 2017 will be a year of GREAT TRIBULATION! 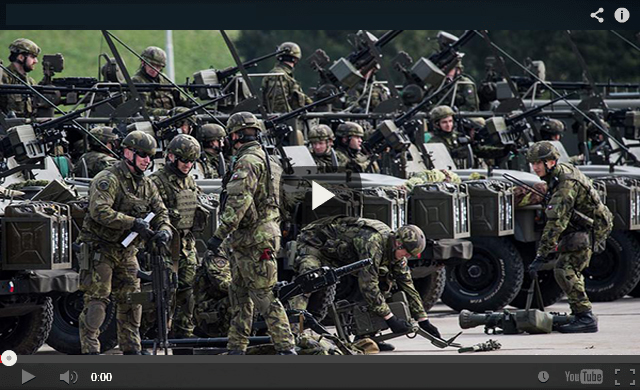 The Globalists are completely lawless and getting ready to arrest and throw into jail anyone who gets in their way to fulfill their plan. They soon will suspend our 1st and 2nd Amendment rights and take absolute control of the Internet and confiscate our guns. Patriotic voices and religious “extremists” who contradict the the government’s official narrative, will be censored and silenced. Any journalist who tries to conduct an honest investigation will be arrested and thrown in jail. This will all be preceded by a staged massive FALSE FLAG attack that will involve either chemical, biological and/or NUCLEAR weapons.

Global financial collapse will be forthcoming along with the destruction of the Petrodollar and the U.S. dollar as the world reserve currency. The “death of the dollar” has been talked about for many years but will be finally realized. Don’t get duped into believing the “useful idiots” who say, “Everything is wonderful, we’re in a “Golden Age” and there has been doomsayers around forever.” Mark these words, the day is coming for a ONE WORLD CURRENCY, ONE WORLD GOVERNMENT and ONE WORLD RELIGION. Eventually you will have to renounce your faith in Jesus Christ and “go with the NWO narrative,” otherwise, you’ll be put to death.

2017 will be a year of incredible GREAT TRIBULATION! (More on why that is in Part 3 along with 20 ways to PREPARE yourself and loved ones for what is coming.) Don’t be foolish – prepare now – today. It’s better to be a year early that a day late – tomorrow might just be too late!

The consequences of what’s getting ready to happen for the average American are nothing less than catastrophic, yet many still have no idea whatsoever of what is about to happen. 62% of the American population has less than $1000 in savings.

If you live in America today, your chances of surviving to see the year 2025 are exactly 1 in 5 (Deagel). Shocking! But don’t shake your head and be too quick to dismiss what you just read…. remember, there is NOTHING that a criminal regime won’t do to stay in power. Remember the Nazi’s?

Buckle your seat belts folks and hang on tight, the ride is about to get rough. Pray, trust God for your life, prepare, use wisdom, get skilled at needed job trades, store some food, water, cash, guns, gold, toiletries, batteries, books, medications and keep gathering truthful information before it becomes illegal to spread.

When JUDGMENT comes…death and destruction results. But the good news is out of the ashes revival is born. Pray for a remnant of believers, patriots and warriors to rise up and take our country back from the wretched godless Globalists and reassert our American Christian heritage. Pray for a genuine revival to awaken the darkened hearts that have been captured by this evil generation. And be sure to watch “FUTURESHOCK 2016-2020: Your Life Is About To Change! Part 3.” America’s toughest days are about begin – get prepared NOW!

Global financial collapse will be forthcoming along with the destruction of the Petrodollar and the U.S. dollar as the world reserve currency. The “death of the dollar” has been talked about for many years but will be finally realized. Don’t get duped into believing that the “2015 Shemitah” was suppose to be the final doomsday for the dollar. Don’t worry, the dollar’s funeral is coming as is the ONE WORLD CURRENCY, ONE WORLD GOVERNMENT and ONE WORLD RELIGION. First will be the 2016 presidential election – a time of incredible darkness that will descend on the American people and indeed the world! 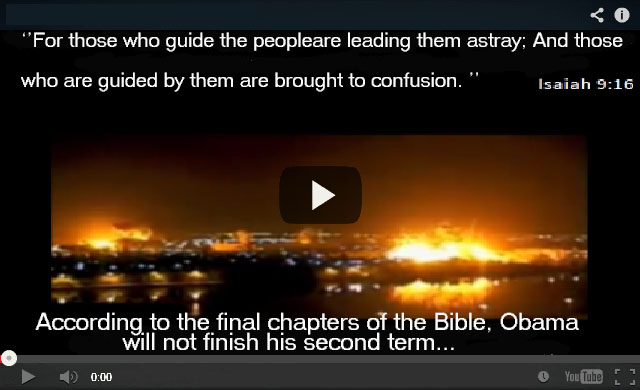 Get ready…your world is about to be turned UPSIDE DOWN! The corrupt, criminal regime currently occupying Washington D.C. is starting to lose its grip on America. The American people are tired of being lied to. Smart Americans are “waking up” in droves to the reality of our nation’s leadership and financial critical condition. They’re tired of been propagandized, controlled and imprisoned by an illegitimate totalitarian regime that trashes our Constitution, Bill of Rights and is stamping out our individual liberties. The proof is the popularity of Donald Trump and Ben Carson. Establishment politicians are as “radioactive” as the Fukushima nuclear site.

Mark 13:8 For nation shall rise against nation, and kingdom against kingdom: and there shall be earthquakes in divers places, and there shall be famines and troubles: these are the beginnings of sorrows. 2016 WORLD WAR III OR NEW WORLD ORDER? FINAL WARNING OBAMA POPE FRANCIS PROPHECY 666 Vatican secrets revealed Globalism 9/11

Breaking News: The New World Order Are Fighting Back With Anti Trump Protesters! Any Gun Control Legislation Will be Later Followed by The Abolishment of Personal Gun Ownership and a Campaign of Gun Confiscation