Nostradamus? Prophet claims WWIII to start in June after Europe closes its borders If the world does not end in 2015, here is what Nostradamus thinks will happen in 2016…. Read more » 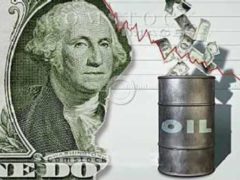 As noted by many of our readers, one of the key topics omitted from our article on the inevitability of economic collapse was the petrodollar system. Due to its significance, we felt… Read more »