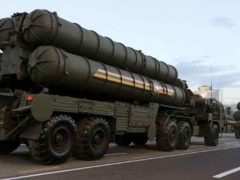 BOMBSHELL: Russia in “All Out Preparation for War” With U.S. Under Project 955 Borei, Russia is developing a ground-breaking new line of nuclear submarines which have the capability to move under… Read more »