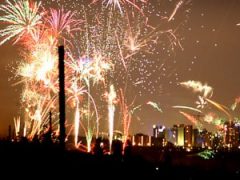 On July 4th, the United States will celebrate Independence Day once again. But who in the world are we trying to kid? Our founders intended to create a society where… Read more »