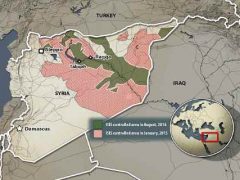 World War 3 Coming Soon? Tanks Roll Across The Border As Turkish Invasion Of Syria Begins The invasion of Syria that so many people have been warning about is now… Read more »