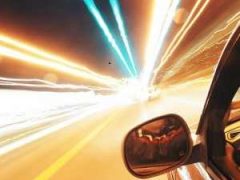 A lot of people that I talk to these days want to know “when things are going to start happening”.  Well, there are certainly some perilous times on the horizon,… Read more »